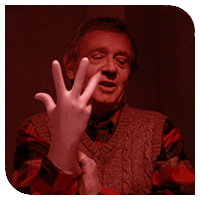 Jerry tries to arrange a defense for Ben, who is in jail for Laura’s murder. Cooper is skeptical of Ben committing the crime, which Truman contradicts. Meanwhile, the real killer, stuffs the dead Maddie Ferguson in his golf bag, leaving more evidence to implicate Ben. The one-armed man escapes from police custody, warning them that Bob is nearby.